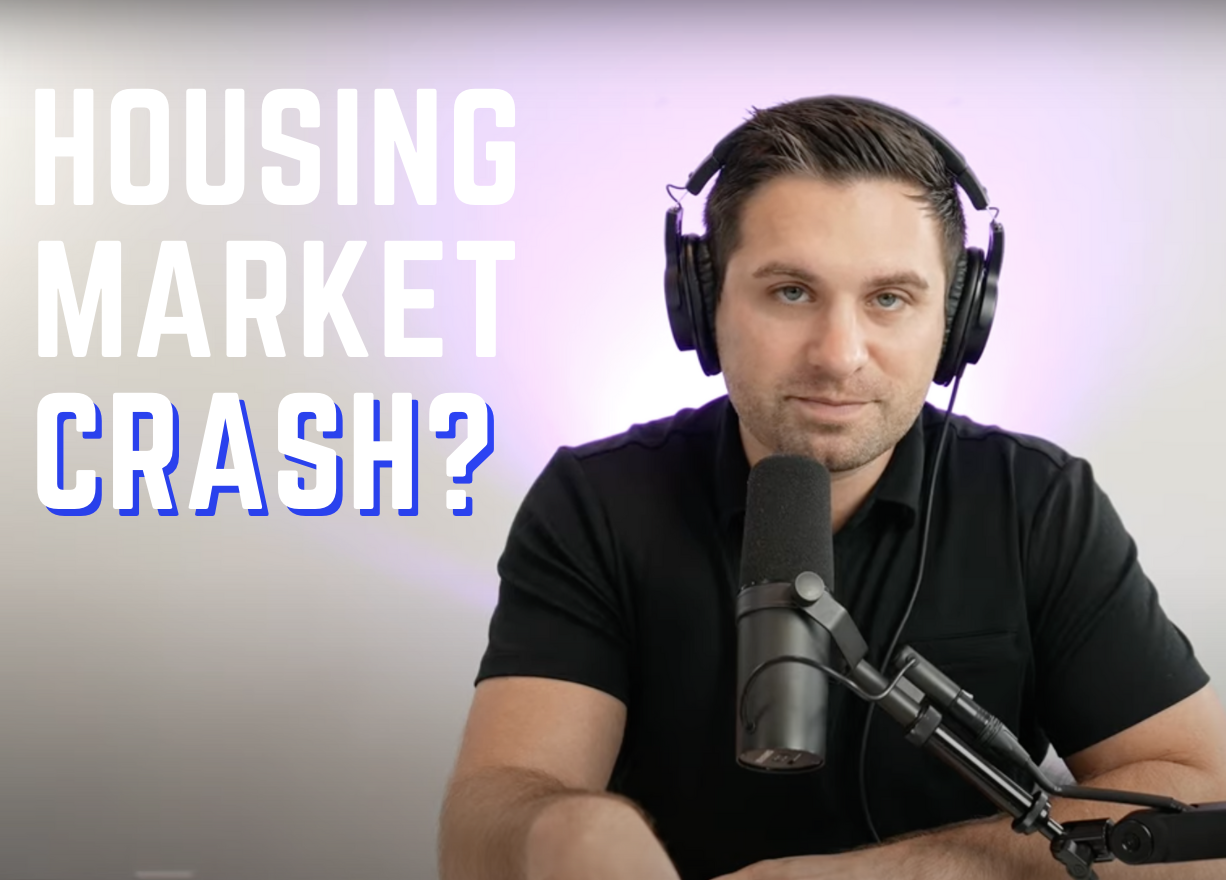 How are interest rates and inventory going to bring this thriving real estate market to a crash? If you’re Goldman Sachs, you would say it’s not going to happen. They’re talking about home prices, climbing another 16%. We all know the market has gone up 20% over the past year, but they say it’s been thanks to historically low mortgage rates.

So how could mortgage rates bring down the market? Well, if they go up, that’s how they bring the market down. The rule of thumb is if mortgage rates go up 1%, you would typically see home values drop down 10%.  We just saw that weekly mortgage demand dropped over 6% after the interest rates moved a little bit higher. They’ve been going up the last few weeks here, from 3.18% to 3.23%. While that was not a huge jump, we saw that demand dropped 6% over that slight increase. 3.23% is still ridiculously low, anywhere in the low threes is still close to historically low mortgage rates. Interest rates are the one thing that can prove Goldman Sachs’ prediction of a 16% climb wrong, especially when demand reacts that quickly over such a small jump in interest rates.

There are many factors that impact the interest rate. If the government is going to print a whole bunch of money, then interest rates probably can’t go anywhere. As tenure continues to go up for these mortgage rates, there’s pressure right now for them to continue to rise. If they go into the fours, Goldman Sachs is going to be rewriting their projection. Do I think that’s going to happen? Does Goldman Sachs believe that interest rates are going to go shooting through the roof? It doesn’t seem likely. Goldman Sachs probably wouldn’t put out the three-point or the 16% projection that they put out for 2022 if that was the case. So if interest rates go up, I promise you the market will go down. We have a huge rush of millennial buyers. There’s a lot of people trying to buy their first home and they’re dependent on that interest rate being low so that they can have home affordability. If interest rates go up and these home values reach these peak levels, fewer people will be able to actually afford that monthly payment for what sellers are willing to sell for, which will definitely bring down the market. Do I think it’s going to happen? Goldman Sachs has a little bit more information than I do, so if they’re saying it’s going to go up 16% they obviously believe that interest rates are going to remain low.

Can inventory crash this real estate market? America right now is short more than 5 million homes and the builders just can’t make up the difference. 12.3 million American households were formed from January 2012 to June 2021. But just 7 million new single-family homes were built during that time. We have a huge shortage. We’re anywhere from 4 to 5 million homes short of current demand according to many sources such as the US census and Realtor.com.

Why would inventory, bring the market down? If we’re not going to have inventory in the future, how is inventory going to crash the market? We would need a huge number of homes to hit the market for it to come crashing down.

We haven’t been this low on inventory since the 1940s when we had 200 million fewer people in America. Intelligent real estate economists are saying that we’re going to be in an inventory crisis over the next two to three years. That means prices are going to continue to go up and it’s going to become harder and harder to purchase single-family homes. This also means that inventory will not be the reason that this real estate market comes crashing down.

Out of the two ways that the real estate market could come crashing down, only one of them is realistic here in the near future: interest rates. Watch what the interest rate does over the next 18 months, and watch with us in 2022 to see if Goldman Sachs’s prediction of 16% home appreciation is going to come true. If you enjoyed this article leave a comment below!