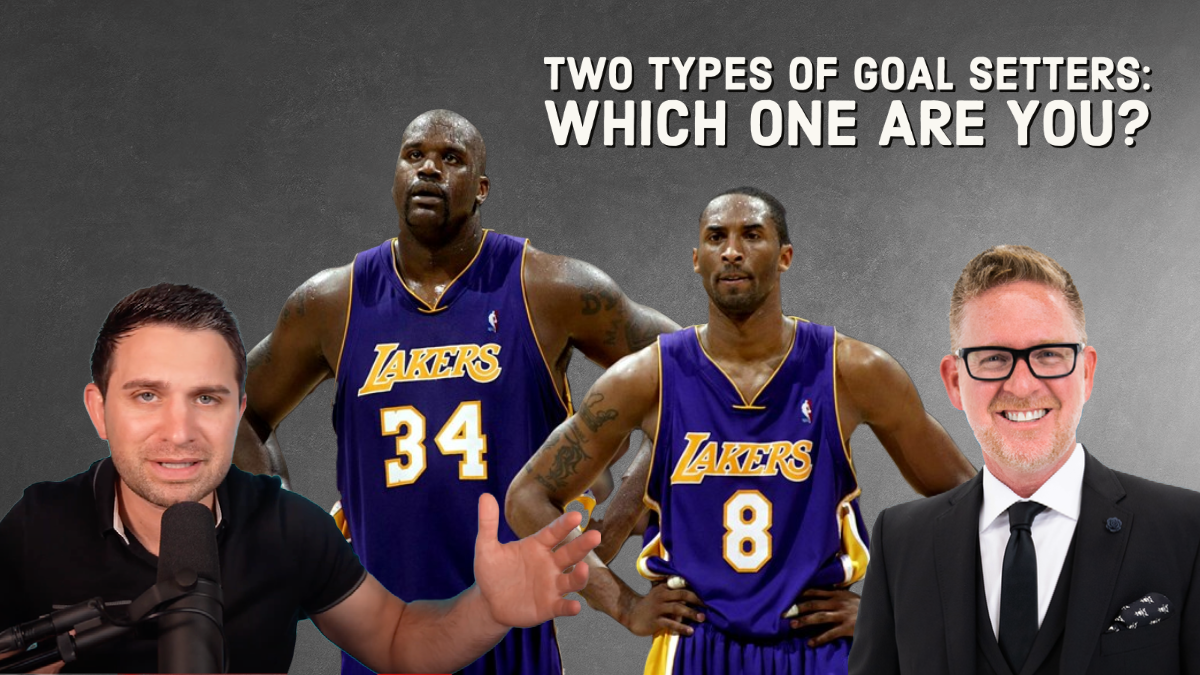 I recently had the pleasure of being interviewing Tom Ferry on The Real Word Confessionals. And as always, TF was very giving.

And there’s one story in particular, that I want to share.

We spoke about why some people “make it.” They achieve a high level of success or income that is life-changing. And once they get there, they stop going as hard.

Compared to others who reach high levels of success and continue to push the boundaries of what’s possible even further.

TF shared his observations on Kobe Bryant and Shaquille O’Neal. When these two legends of the NBA started playing together, Shaq was probably the most dominant force in the entire NBA, but he had not yet won a championship. Kobe was pretty young and just starting his career. In June 2000, they finally won their first championship together.

The summer after their championship win, Shaq was so pleased to have climbed to the top of the mountain. He partied all summer long, stopped training so hard, and ended up getting lazy.

Kobe was on another level. He didn’t see that first championship as a time to celebrate. He got right back to work.

“His (Shaq’s) goal was to win the chip. Kobe – his goal was to be the greatest of all time. I look at a lot of people when they start their business and they say, ‘God, if I can just get to a million dollars in revenue,’ where Bill Raveis was like, ‘I’m going to build a legacy company that completely transforms my entire family.’”

Shaq wasn’t a visionary on much past that championship. Kobe on the other hand, wanted to be the greatest to ever play the game. Michael Jordan already had six championships. Kobe wasn’t even close and he knew it.

The work for the rest of his career had to begin right away.

How this Applies to Real Estate

“So think about it in the real estate world. So many people aspire to a number, and then they get to the number and they’re like, ‘Oh, that’s all there was. Okay, well, I got there.’ Where the people like Bill (Raveis) – I think the people like all of us – we see something greater.

And by the way, there’s no right or wrong. Both are wildly successful. One just recognizes that they’re playing a much longer game. And that’s why those people dominate.”

You determine what mindset you have and what goals you want to achieve.

Are you someone who reaches a goal and relaxes, or do you continue to push the boundaries and create a new finish line?