It Starts with Attitude 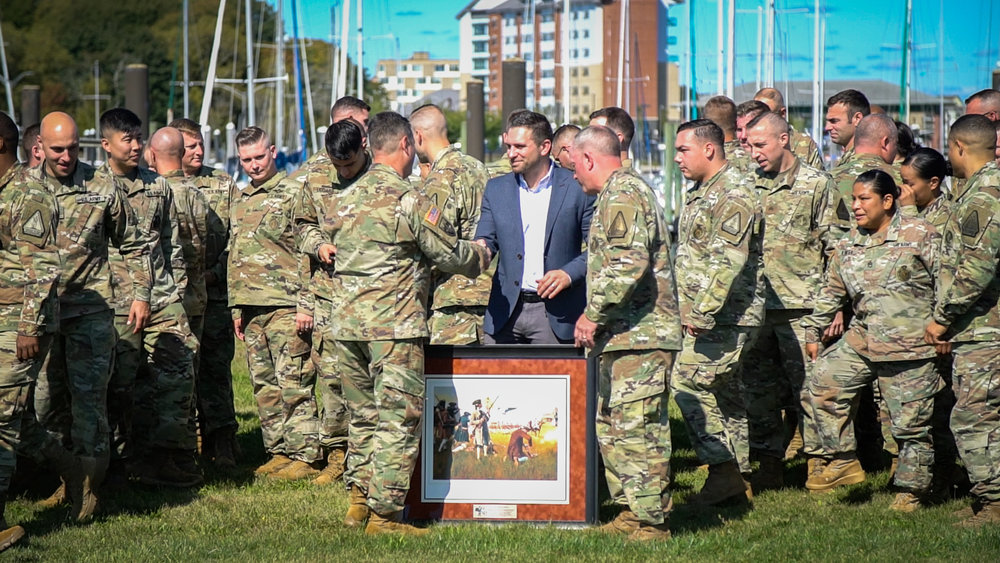 I arrived to give a speech to a room full of soldiers.

I left with a fresh perspective of what it means to deliver exceptional service.

A speech for the Massachusetts Army National Guard

It began like this: I arrived at our designated meeting spot and was escorted by two men to the site, where my cameraman and I were graciously treated to lunch. From there, I gave a speech to 120 members of the Massachusetts Army National Guard, which lasted about an hour.

Once complete, the commander told everyone to get together for a photo. One-hundred twenty soldiers stood up, lined up in the corner, and faced the photographer.

The photographer explained the location wouldn’t work, because his camera lens wasn’t wide enough. Someone suggested a site outside, and 120 of us proceeded outdoors, lined up, and turned to the photographer.

This time, the sun was going to wash out the photo completely. The photographer pointed to a third location, and 120 of us moved there and got the picture taken.

What was unique about this group photo?

The entire process of moving 120 people three times took less than seven minutes. Now, think about your team, which, for most of us, is less than 120 people. How long do you think it would take them to move to three different locations for a picture?

I understand what you might be thinking: these guys are in the military. They are used to following commands.

And, I’ll give you that.

It’s not just the fact that we completed the entire process in seven minutes.

It was the attitudes of the people surrounding me.

There wasn’t one person, out of 120, that moaned, groaned, bitched or complained. Across the board, every person had an A+ attitude.

With most groups of people that large (and even groups much smaller), 80% of people would moan and groan about having to move, not wanting to get a picture taken, or wanting to stand somewhere else.

What became clear to me is that the experience we deliver to other people starts with us. It begins with our attitude.

How can we use this in our business?

It’s easy, and even tempting, to get into a mode of complaining, especially when people around you are committed to voicing their negative thoughts. But a good attitude, one full of gratitude and positivity, can turn a client’s experience from good to exceptional.

When you begin to hear the negative thoughts or complaints appear in your own mind, switch your thinking. Stop your thoughts before stating them out loud, and ask yourself if there is anything constructive or helpful you can say instead. It’s the small moments filled with thoughtful words, kind actions, and positive energy that can change an experience.

How can you show your clients and colleagues an A+ attitude today?